One of the things we have to worry about when traveling nowadays is the size of our carryon bag. Many airlines offer 1 free personal item and 1 free carryon bag included with the price of the flight, but with one caveat: the carryon bag needs to be within certain dimensions. Some airlines are stricter than others when it comes to these guidelines, but the quandary it poses to passengers remains the same: how much crap can I fit into my carryon bag? END_OF_DOCUMENT_TOKEN_TO_BE_REPLACED

Ever wonder if you’re tipping your taxi driver the right way? For those of us who ride in taxi cabs regularly, we’ve developed a checklist of sorts in order to make the whole endeavor a bit easier. Was the ride smooth? Did the driver get you to your destination on time? Were they friendly? All of these things factor into how much you decide to tip your taxi driver. But what if you’re an infrequent user of taxis? Do you tip the same amount that you would a waiter in a restaurant? More? Less? Below are our 7 tips for tipping our taxi cab driver to help alleviate the anxiety, avoid embarrassment, and ensure that you’re properly rewarding excellent taxi cab service in the future. END_OF_DOCUMENT_TOKEN_TO_BE_REPLACED

Are All Taxis Pet Friendly?

If you’re a dog or cat owner, or just an animal lover, then you’re probably the kind of person who wants to take your pet with you everywhere you go. We know that small dogs and cats are allowed on planes, as long as they are well-behaved and can fit under the seat. But how do owners go about getting their pets to the airport? This leads us to a question that we are often asked as a taxi company in the Tri-Valley: are all taxis pet friendly? While our drivers are happy to transport your four-legged friends, that’s not true for every cab company – or every driver within each company, for that matter. END_OF_DOCUMENT_TOKEN_TO_BE_REPLACED

Choosing a Taxi in Dublin, CA

When it comes to finding the right taxi in Dublin, Pleasanton, Livermore, and the surrounding Tri-Valley area, it’s important to find a company that you can stick with. No matter what time of day or night, you need a cab company in Dublin, CA that is reliable, dependable, honest, and friendly. Taxi drivers see you in some of your best and worst moments, whether you are traveling to a special event, on your way to the airport, or needing a safe ride home after a long night of drinking. That’s why the reputation of each cab company and the reputation of its employees are focal points when it comes to determining which taxi in Dublin you decide to keep in your emergency contacts.

Charity Cab: A Tri-Valley Taxi You Can Feel Good About

With consistently high reviews on Yelp, we are proud of the taxi services we offer to Dublin and the neighboring regions. We are a great choice for your airport transportation in Dublin CA needs because our drivers are certified, friendly, and knowledgeable of the area. We offer the same standard services as our competitors, such as 24 hour availability 7 days a week, meaning we get you where you need to go while avoiding major traffic routes and unnecessary stress. But what truly allows Charity Cab to shine brightly is our eagerness to give back to the local community. A portion of every cab fare (yes, every!) is donated to a local Tri-Valley charity, allowing us to put people before profits and donate more than $16,000 dollars during our company’s lifetime. We know that number will only continue to grow as we extend our Dublin taxi services for decades to come. 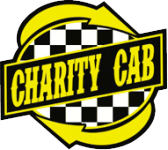